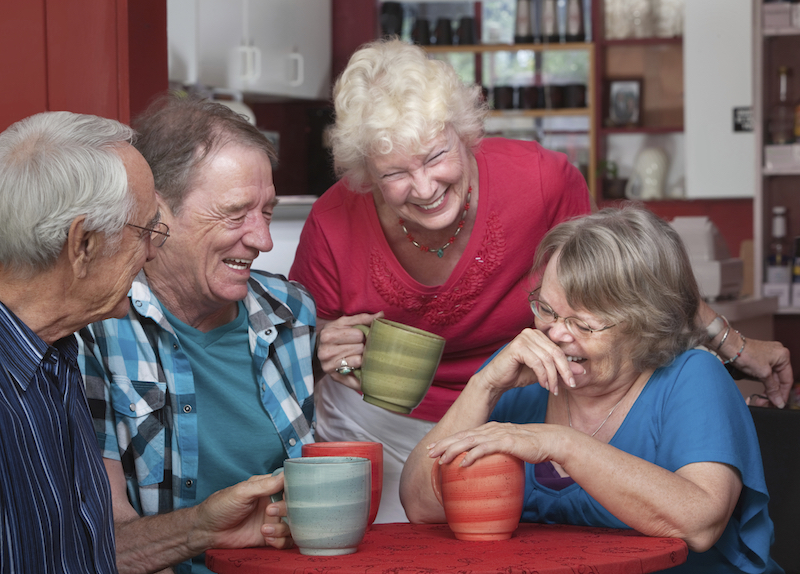 It’s unfortunate that many associate getting older with only negative things; of course there are issues related to aging, but there are also some great perks too.

The amount of migraines an individual gets decreases as they become older, as well as the severity of the headaches. Studies have found that only 5% of women and 2% of men still have migraines past the age of 70. The reasons why are still undetermined; some experts feel that its because individuals have successfully learned how to avoid triggers and manage migraines, and some feel that progression of medicine as the years go by may be the reason.

Immune systems can remember viruses for up to 50 years in certain cases. Once the immune system has experienced a danger, it recalls its arrival quicker and calls on white blood cells much faster than a new invader. This means common colds are much less frequent in an individual over 50 as opposed to a 20-year-old.

The sweat glands in the underarms are less sensitive and become smaller as an individual ages, causing a dramatic reduction in sweaty armpits. Individuals are also less likely to sweat in response to external stimuli, in other words, it is more likely that a person will be more calm the older he or she gets.

A study found that half of the women participants (who were in their 80s) had orgasms either “always” or “most of the time” when having sex. Another study found that almost all of the individuals over 60 stated that they enjoyed sex much more currently than at the age of 40. Some experts feel that its because older women have less insecurities, which makes sex better for both parties.

All of life’s experience over the years has helped the brain excel at problem solving as well as the accumulation of general knowledge. Also, a fatty material called myelin that wraps around neurons in the brain increases, which allows electrical signals to travel faster in the brain. This in turn means that the brain is in its peak performances when an individual in middle-aged and later.

10 Things You Can Do Today to Combat Senior Isolation

Dementia: Learn About Stages and Symptoms

Early Symptoms of Osteoarthritis of the Knee