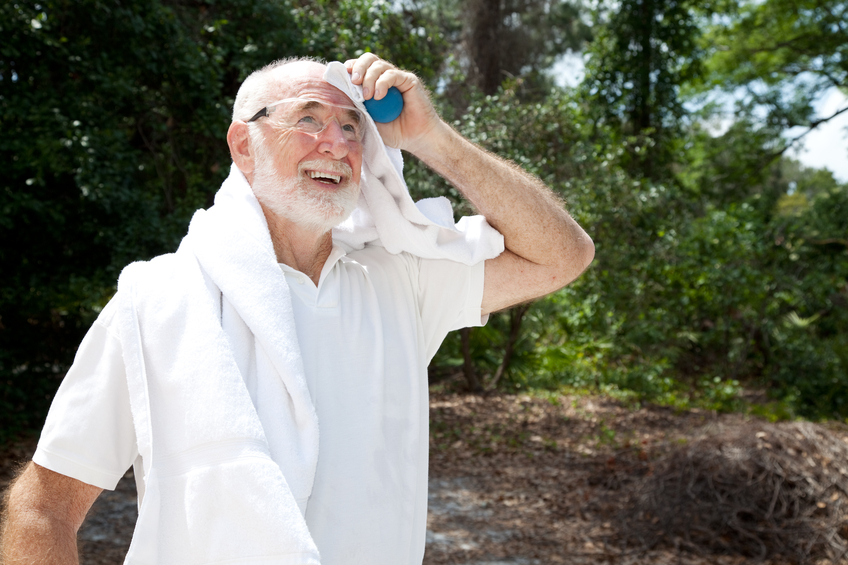 As the temperature rises during the summer, it’s important to be on the lookout for your elderly friends and family. Think about all the issues you face as it gets hotter, and then think about how they might be impacted – the mere thoughts might cause you a bit of shock. While common sense definitely tells you that rising temperatures can put seniors in danger, it’s a good idea to look at what science has to say as well. It turns out that things are worse than you might imagine – even a slight increase in the temperature can be deadly. Strangely enough, though, it’s not just usual heat-related culprits that are at fault for the rise in mortality rates during the summer season.

According to studies, even a slight temperature increase of about two degrees Fahrenheit can cause a seniors’ likelihood of death to spike. In most cases, this has to do with the aggravation of pre-existing conditions – conditions as disparate as chronic lung disease and diabetes can flare up due to increases in temperature, and seniors are more likely to be in danger than their younger counterparts. Indeed, you can see jumps in conditions like heart attacks and heart failure any time the temperature spikes.

It’s also important to look at heat stroke during any period of intense heat. Active seniors may not drink enough water, and their susceptibility to higher temperatures makes them more likely to suffer from heat stroke than younger people. This means that seniors are not only likely to have pre-existing conditions aggravated, but that they are also at more risk for those incidents that are common among all age groups. A senior who is not well-hydrated and given access to cool areas is a senior who is more likely to be in serious medical trouble due to the heat.

There are other factors at play here, of course. Higher temperatures also tend to correlate to times of higher activity and spending time outdoors, so many seniors who find themselves in medical trouble do so due to a lack of proper planning. Something as simple as having an adequate water supply around can make a huge difference. Death rates tend to be lowest among seniors in areas where proper care and rest facilities are easily available.

It’s also important to remember that seniors who do tend to be in danger during the summer months are also seniors who don’t have access to proper housing or supplies. A lack of running water or air conditioning will make the impact of the heat worse than you might be able to imagine. Simply making sure the seniors in your life are receiving adequate care and are living in humane conditions can help keep them from suffering during the hottest months of the year.

In short, senior death tolls spike any time the mercury rises too high. Taking care of the senior in your life means paying attention to the weather, keeping him or her hydrated and always paying attention to the senior’s medical needs. At Salus, we know its important to keep an eye on older people in your life to make sure they safe throughout the year.

Out of the Box Exercise Programs for Active Seniors

Cancer Facts for People Over 50

How to Cope When Providing Alzheimer's Care At Home

Finding the Right Care After a Hospital Discharge